Warning: call_user_func_array() expects parameter 1 to be a valid callback, function 'create_initial_theme_features' not found or invalid function name in /nfs/c02/h04/mnt/17511/domains/bradmcginty.com/html/wp-includes/class-wp-hook.php on line 287
 New Toon Stuffs! – Paper Pusher 
Warning: Use of undefined constant user_level - assumed 'user_level' (this will throw an Error in a future version of PHP) in /nfs/c02/h04/mnt/17511/domains/bradmcginty.com/html/wp-content/plugins/web-ninja-google-analytics/webninja_ga.php on line 1413

Warning: Use of undefined constant user_level - assumed 'user_level' (this will throw an Error in a future version of PHP) in /nfs/c02/h04/mnt/17511/domains/bradmcginty.com/html/wp-content/plugins/web-ninja-google-analytics/webninja_ga.php on line 1413


Howdy gang. It’s been a long time since a non-web comic post, so I thought maybe I’d throw up some production art stuffs from the new Pelton cartoon I’m working on. What’s that? You wanna know where you cam see the first one (better known as Tub Flub) ? Oh well, that’s not hard all you have to do is close your eyes and imagine the greatest cartoon ever made! Amazing huh? Actually It’s been finished for months now, I’ve just been patiently waiting for our video site to get all the coding straight. Hopefully this won’t take long because once it’s up you’ll be seeing loads of cartoons form yours truly as well as 3 nifty little ones based on lovable J Chris Campbell’s comics! It really should be pretty cool once it’s up.

Anyway, Here is a bunch of pics from all sorts of stages of the animation process. I’ll try my hardest to make them interesting, but no promises. 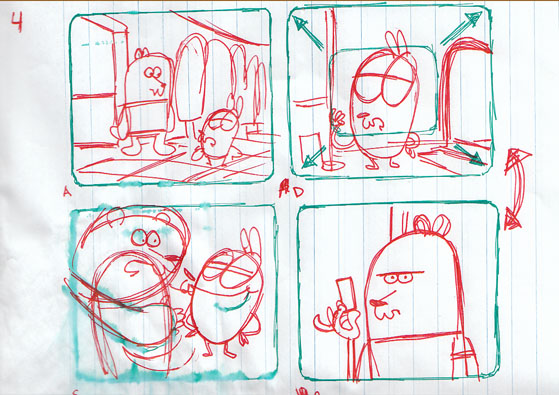 Ahh Storyboards! this is where it all starts out. I storyboarded almost all of this cartoon while I was in the hospital with my dad. I drew it on cheapy Hospital gift shop paper and used whatever pens I happened to have around that day.  I really enjoy drawing straight in pen whenever I’m doing this sort of thing. For some reason I can draw 500 times faster in pen than with pencil. It must have something to do with having your guard down when you know you can’t erase anything. That or I’m a total genius. Probably both. 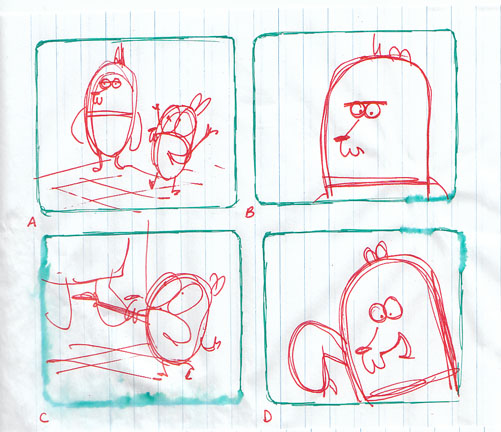 These boards are not exactly in order. I go back and forth from storyboard to script quite a bunch. So I add shots on different pieces of paper. So it’s not always entirely clear what is happening at this stage. Only I know the magic order of the storyboard. 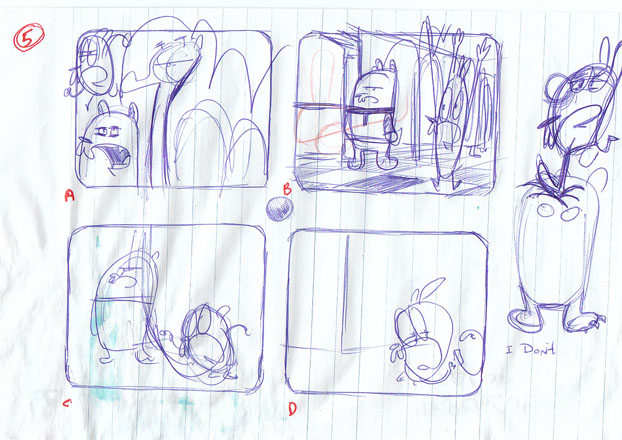 I use the letters and numbers to attach the shots with the right bit of dialogue (no big surprise) But for some reason when i went through and did this cartoon I felt the need assign the letters to the drawings based on when they appeared in the cartoon, not based on the usual right to left kinda thing i normally do. So like on the first sheet up there, I lettered them A,C,D,B, according to the appearance of the shot. Why did I do that? Why didn’t I just number them in the usual fashion? I don’t know. It only made the process 50% more confusing. I just thought I’d point that out. I also felt the need to spill water all over the pages. This blog is all about the things I do wrong. 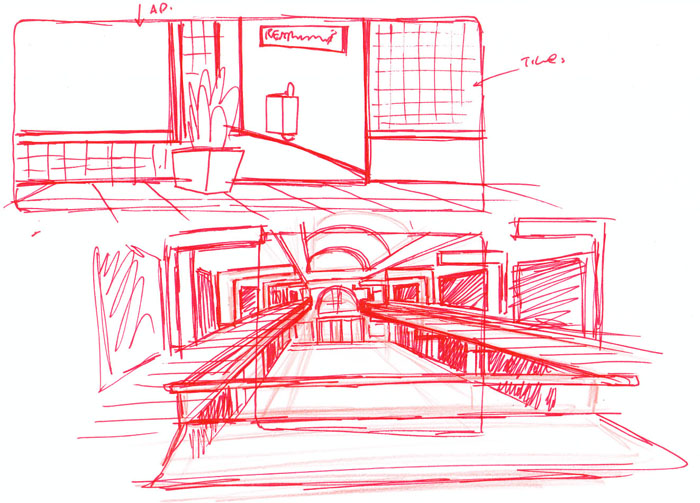 Ooh look at this! It’s a background comp for the big establishing shot of the interior of the mall! I draw these after I do all the story boards so I can try and design them in the most interesting and efficient manner. I usually lay the paper directly over the storyboards and draw them on a separate piece of paper.Then I hand them off to my assistant Chris who will began building them in illustrator. I then go back in and fix little things and adjust all the colors. When I’m done it will always look like this:

Always. Even if i draw a train, it ends up looking just like this. Weird huh? This shot still needs some more detail like signs and junk like that. The foreground is  a separate piece in this shot so I can move it at a different speed when we put the shot together. The only reason I mention this is because there is a really cool fountain in the lower level that Chris drew. I really wish you could see it. You’d like it. 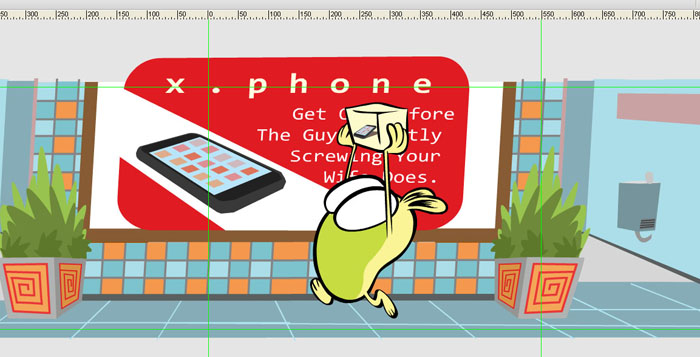 Here is a screen shot using that other background. 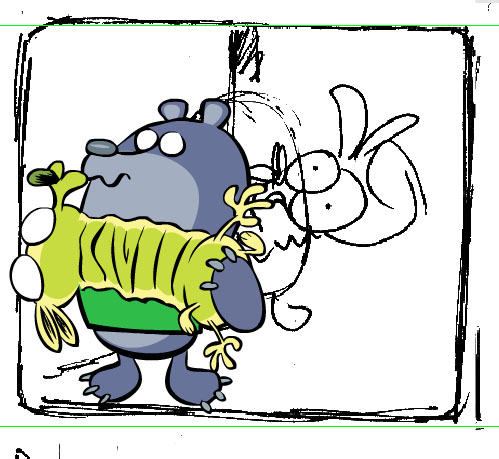 Here is a pic of the actual animation laid directly over the animatic. I never really saw a point in doing a full animatic beforehand (since i was doing all the animation myself), but on this cartoon I’ve been doing something a little different. I’ve been creating the full animatic with the storyboards and then going in and drawing all the key poses with my wacom tablet. This takes an extra day or two, but i think the end result is much better and far more balanced. It can be kind of a drag for me, because I’m essentially drawing all the animation about three times (counting all the hand inking I do) but like i said; totally worth it. 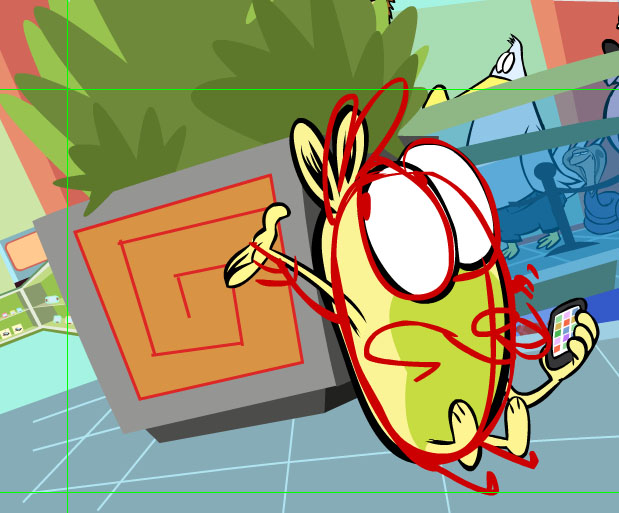 This is what it looks like with the storyboards removed. Those red lines of course are the guides. This is a really great way to workout all the timing in the cartoon.

I really feel like I’m on to something with this new process. 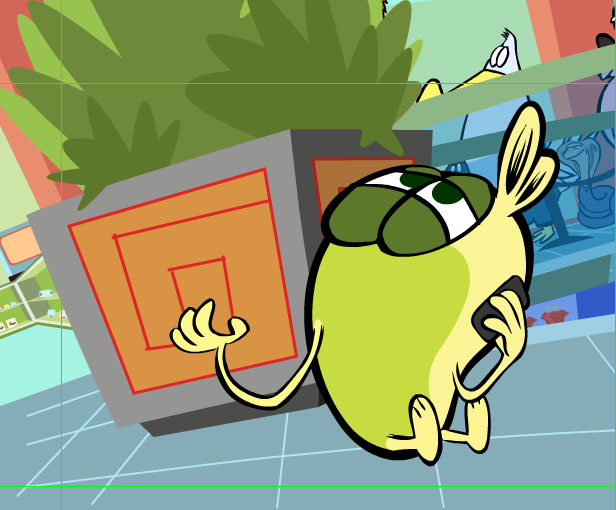 Here is the same scene without the guides. 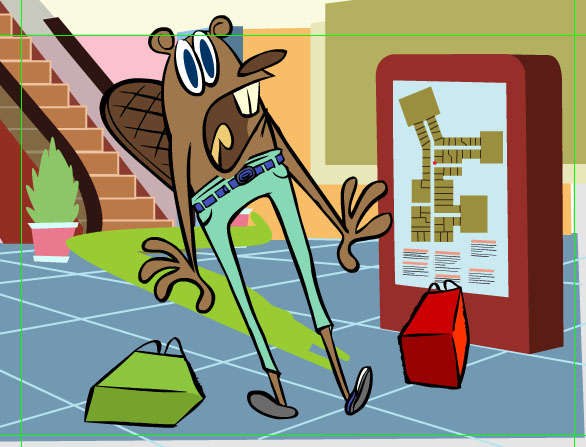 Here is a fun shot from the cartoon. I wish I had some more exciting shots to share, but anything else might be considered a “spoiler”.  And I know that you would never be able to forgive me if I did something like that. Maybe I’ll try and post some of the actual hand drawn animation next week,That would be quite a treat for a blog reader like you.

Oh wait, Here is a little concept sheet of Pelton in his heist getup. I was trying  to figure out the funniest way to put the stocking over his face. I ended up going with the really long one. but the one on the lower right hand really cracks me up. 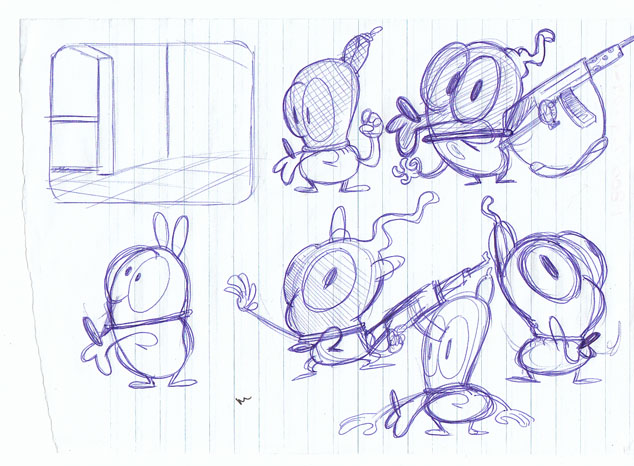 Hope this wasn’t too much of a bore.

Maybe I can figure out how to get a comic up tomorrow to make up for it! 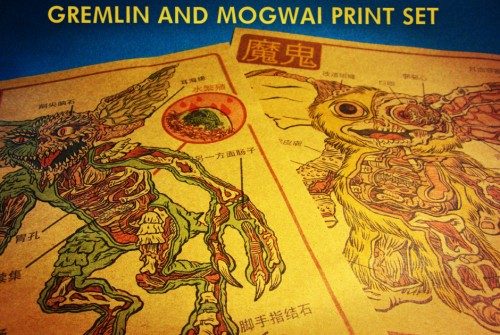 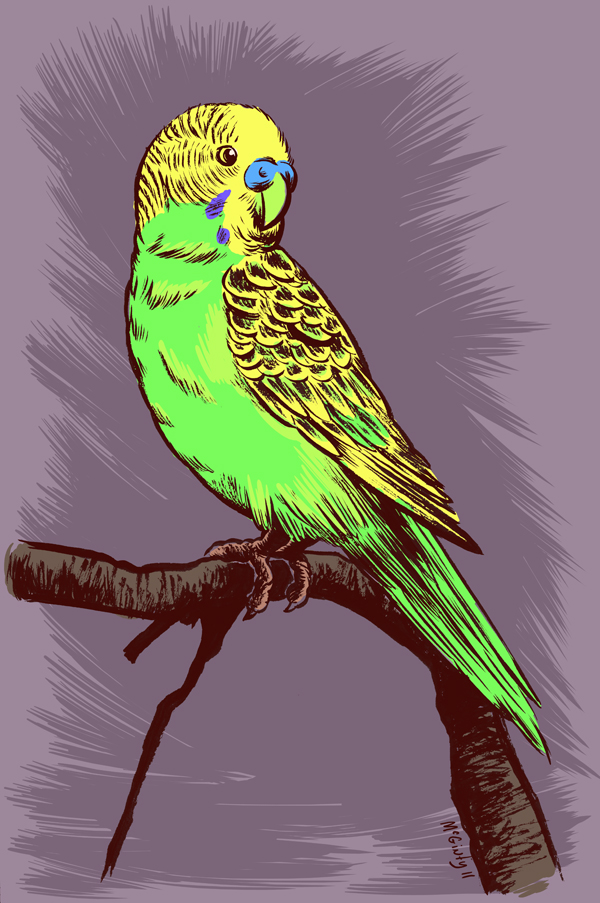 
Warning: Use of undefined constant user_level - assumed 'user_level' (this will throw an Error in a future version of PHP) in /nfs/c02/h04/mnt/17511/domains/bradmcginty.com/html/wp-content/plugins/web-ninja-google-analytics/webninja_ga.php on line 1413

Warning: Use of undefined constant user_level - assumed 'user_level' (this will throw an Error in a future version of PHP) in /nfs/c02/h04/mnt/17511/domains/bradmcginty.com/html/wp-content/plugins/web-ninja-google-analytics/webninja_ga.php on line 1413