I got a few emails asking about this, So I thought I’d throw up a post real quick. I had about 30 of these things to sell/promote at Heroes con 09

The response has been better than expected and I need to Thank super pals J Chris Campbell and Dollar Bin Adam for hooking up the Friday night viewing party for it. It was the first time anyone has seen all 7 episodes, so I didn’t really know what to expect. But everyone seemed to have a good time and everyone laughed much more than I would have ever expected! The DVD’s had a few little errors like some foley being too low and some missing music in one scene so we’re going through and fixing that stuff now, and we’ll do another pressing next week. I’ll post them up here for sale as soon as I do! they look like this: 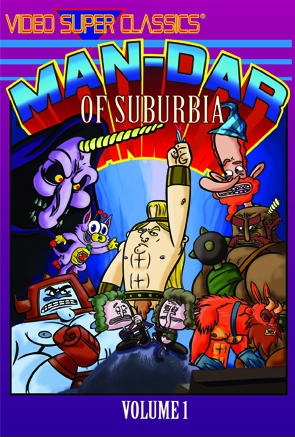 Thanks again to everyone who’s been commenting/asking about it.

I’ve been really busy lately with a bunch of neat stuff, so I’ll try and post some when i get a sec.