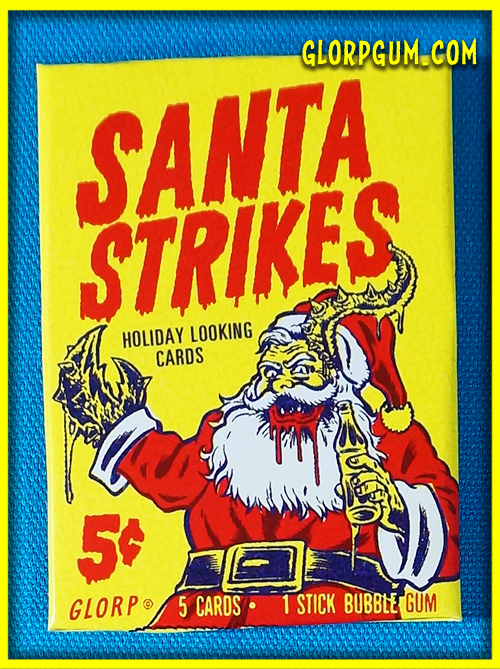 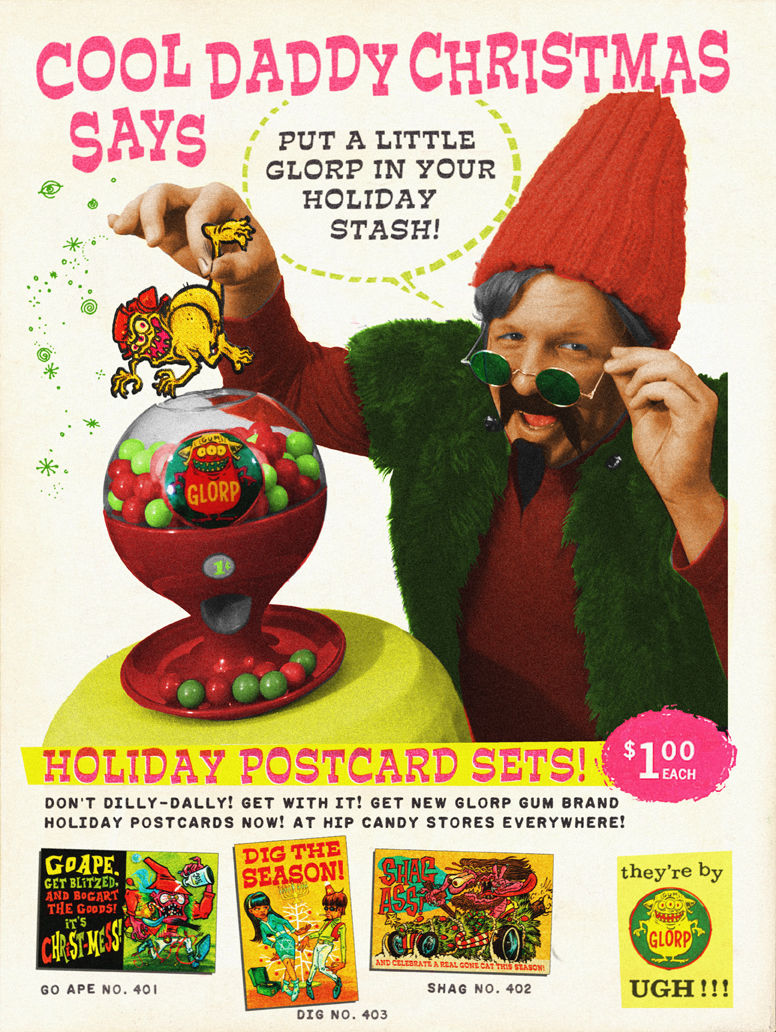 Even after the Soviet-backed Glorp Greeting Card Co. was dissolved by the US government, the original Glorp Gum Co.’s reputation remained in ruins. Gone was the goodwill of so many kickcaine-jonseing WWII vets– the Glorp name was now inextricably tied to communism and the Red Scare in the public consciousness.

By 1964, Glorp Gum’s sales had been stagnant for close to a decade and Glorp’s CEO, Alabama State Senator Buford “Buddy” Duke II, was growing impatient. Glorp needed a hip, new, all-American face, and Buddy had his sights set on one man: Santa Claus.

The Senator had long resented the success his neighbor state Georgia enjoyed with their flagship narcotic-laced beverage, Coca-Cola. Both Georgia and Alabama boasted a grand Southern heritage. Both Georgia and Alabama had long supplied the nation with delicious, stimulating refreshments. But while Alabama-based Glorp Gum was mired in controversy, Coca-Cola only grew more popular with each passing year, thanks in no small part to their famous spokesgrandpa: Santa Claus himself.

Buddy desperately wanted his own mascot, free from the spectre of Communism. Santa Claus, King of Presents, was just the capitalist (and, if his top-secret plan to annex the North Pole for the US panned out, literally American) icon he was looking for.

The Senator knew better than to stick with an elderly man primarily beloved by small children. The real buying power was in teenagers, whose undeveloped brains and copious allowances made them a perfect audience for Glorp. But to hold their fickle attention, he needed a modern, stylish St. Nick: he needed Cool Daddy Christmas. 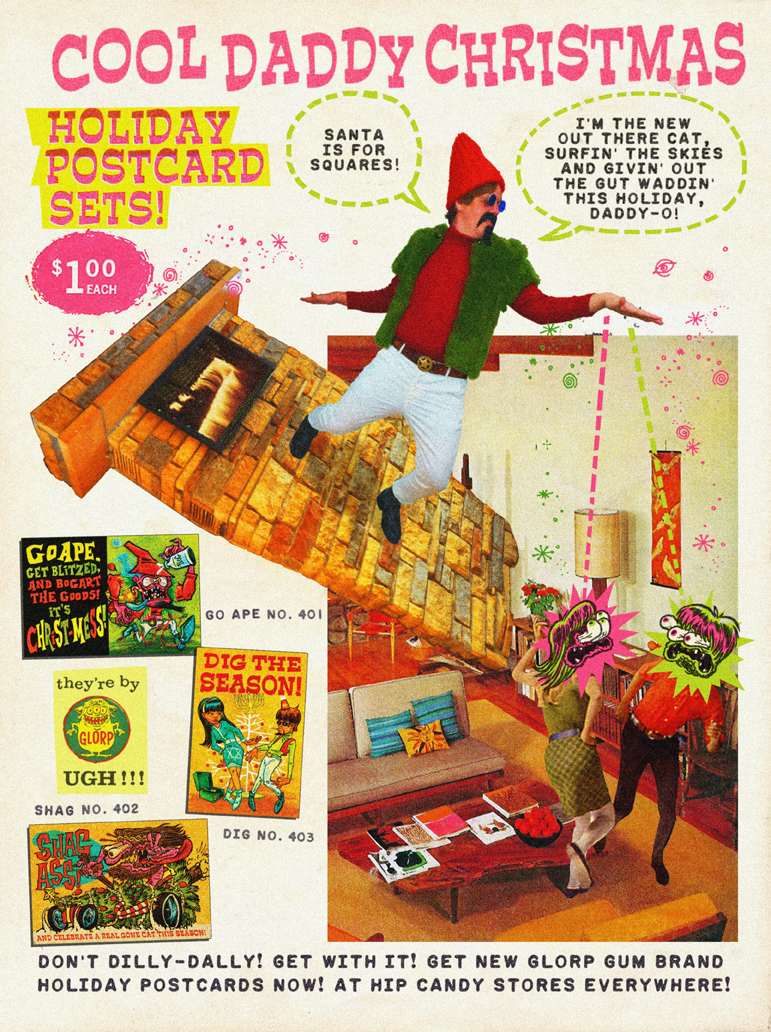 However, with Glorp’s reputation in shambles, no one was willing to play the part and risk associating themselves, even incorrectly, with the dreaded Reds. After months of searching, Buddy settled on the only man willing to do the job: his son, Buford “Beau” Duke III. 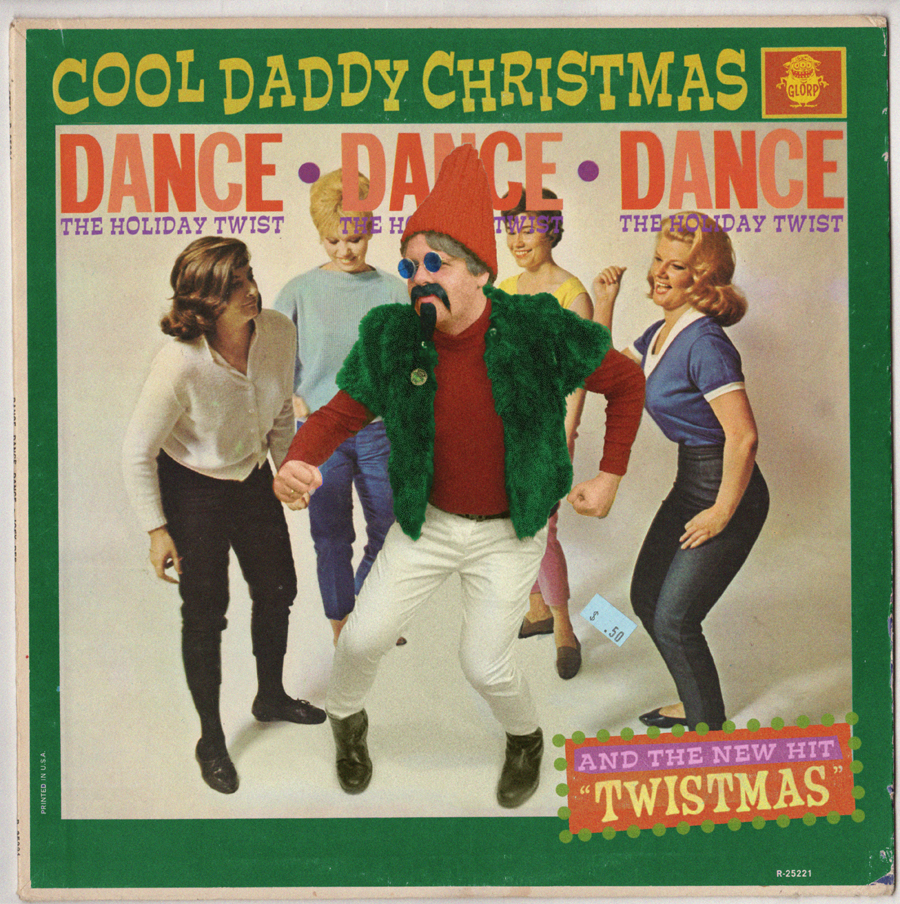 Beau, now backed by the Jewish novelty band, Putzin’ on the Kibbitz, began playing live shows as Cool Daddy Christmas and the Hollytones in small towns along the famed southern “Shimmy Circuit,” such as Bear Town, MS; Beehive, AL; and Cricket Ditch, GA. Their first album, Dance the Holiday Twist, was delivered to radio stations in an unmarked sack with a month’s supply of gum. “Energized” DJs immediately put it into heavy rotation, often playing tracks four or five times in a row before tearing them into pieces. 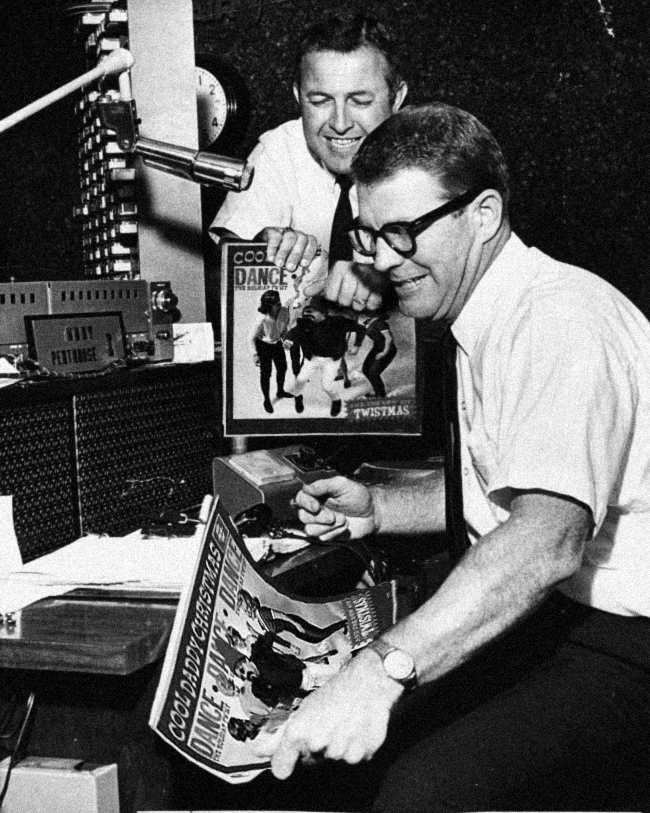 After bribing his way into the Top Forty with three hit singles, “Twistmas,” “Red Velvet Shimmy,” and “The Naughty Twist (Twistin’ It Twice),” the Senator and his newly formed studio, Glorp Films, were ready to begin production on Cool Daddy’s first feature film: Twistin’ (Down the Chimney). But this Christmas wish was not to be. 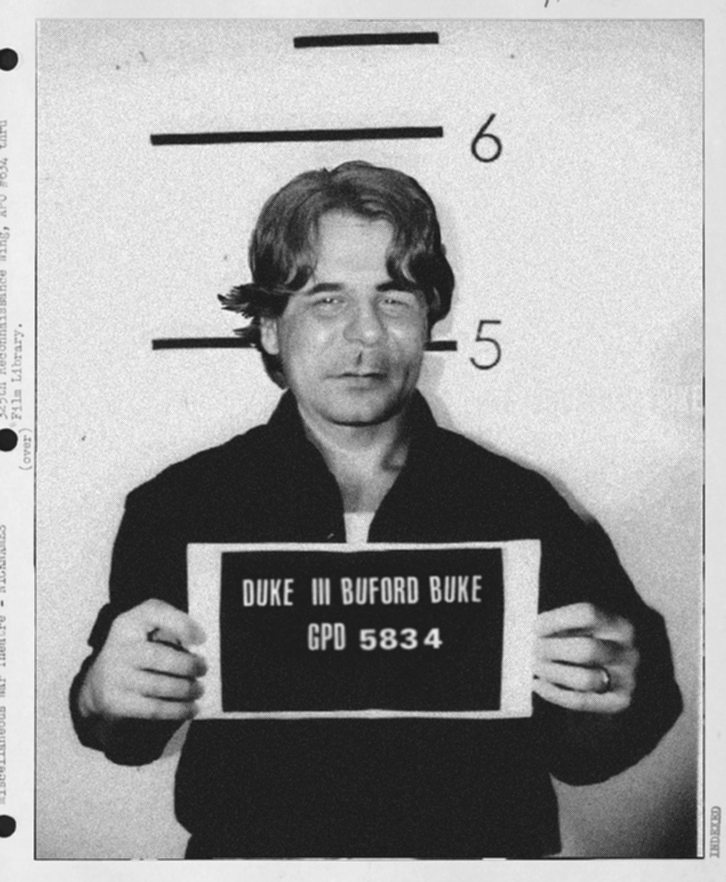 Two days before filming was set to begin, Beau was arrested in Goutsburg for attempting to enter his dyed pet raccoon, Doodle, into a possum fight. Possum fighting, the official sport of the state of Georgia at the time, was highly regulated and attended by Georgia’s well-to-do, including the then-president of Coca-Cola, Jefferson Sterling, Jr. An amateur expert in possum fighting, Sterling immediately recognized Doodle as an imposter and alerted the authorities. Although Senator Duke attributed Sterling’s actions to fear of his growing rival, Glorp Gum, later interviews with Sterling revealed that he never recognized Beau and was merely committed to the integrity of his home state’s marsupial athletes. 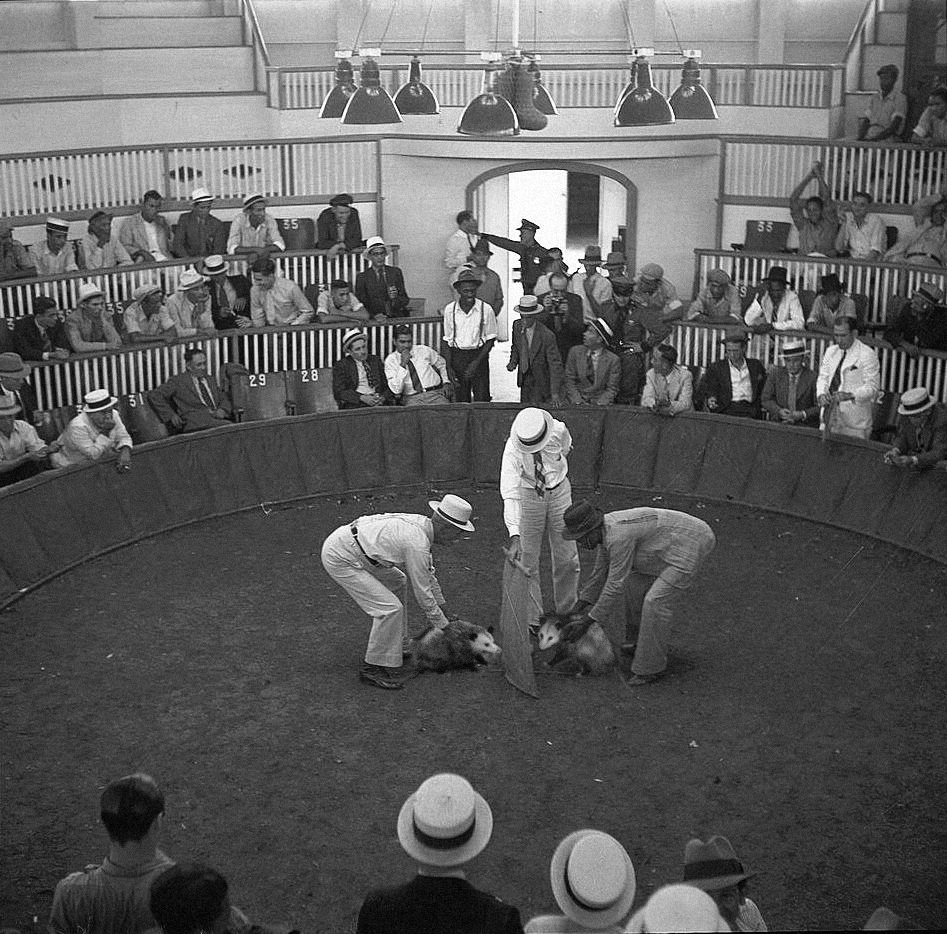 For a Southern gentleman to publicly dishonor himself and the sport of possum fighting was social suicide, and after an enterprising reporter at the New Georgia Inquirer discovered the connection between possum-cheater Beau Duke and hit Christmas crooner Cool Daddy Santa, the dream was effectively over.

Incensed by what he believed was the Coca-Cola president’s retaliation against Glorp Gum, Buddy leapt into action, releasing a self-designed ultra-violent line of Looking Cards called Santa Strikes. If he couldn’t have his own Santa mascot, the Senator reasoned, no one would have a Santa mascot. 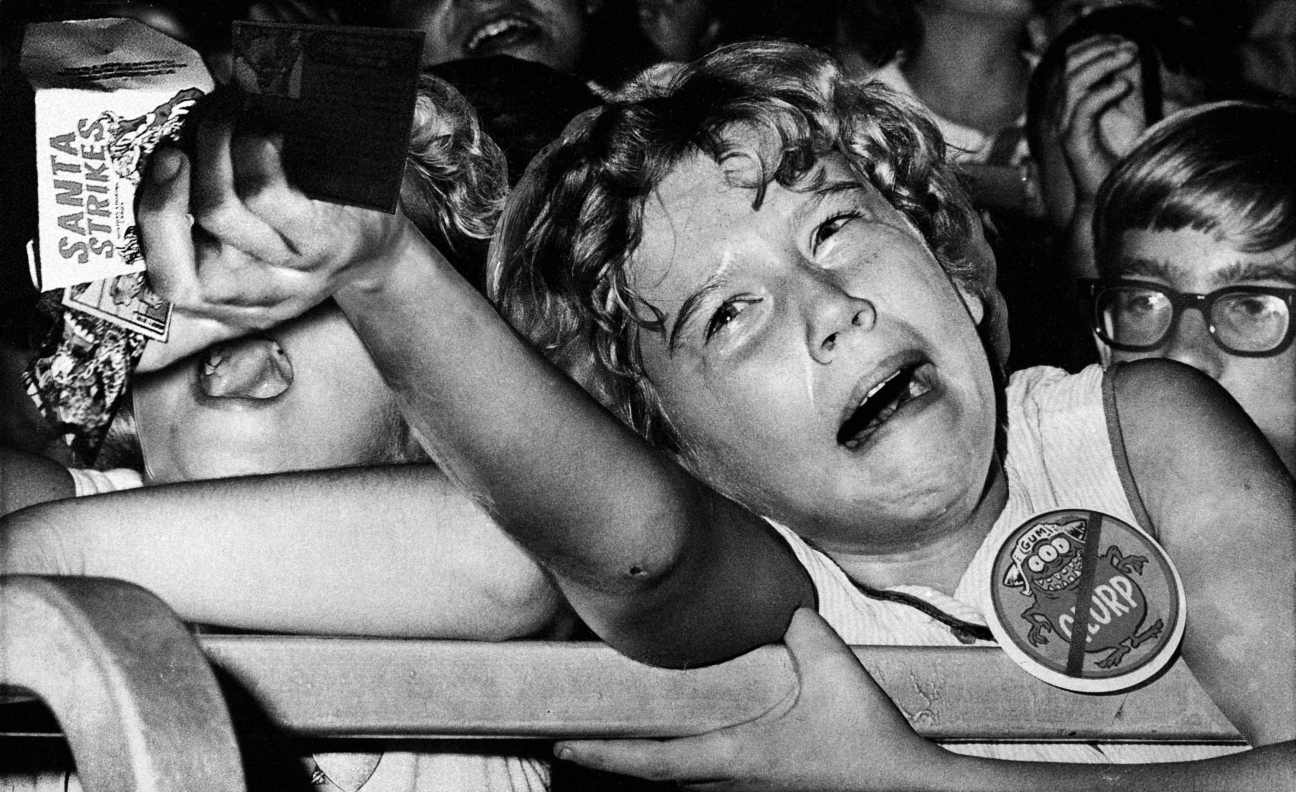 The Santa Strikes line had exhausted the company’s limited funds, and Glorp Gum closed its doors at beginning of 1966.

After uncovering the original plates in the GLORP archives, GLORP Gum’s current president and CEO Bradwick McGinty has issued a limited edition line of the 1964 “Dig the Season” Holiday Cards and replica wax-packs of the “Santa Strikes” Looking Cards! Delight your friends and family this holiday season with authentic GLORP memorabilia. 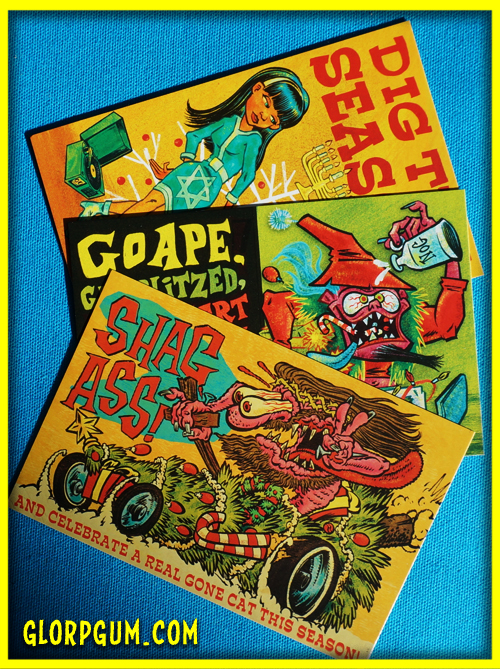 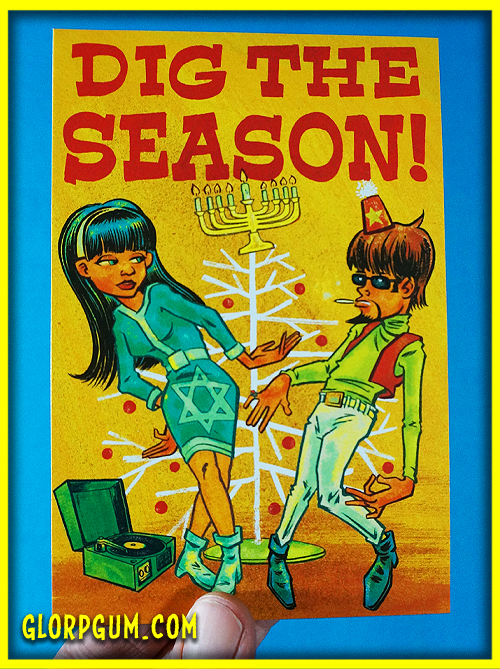 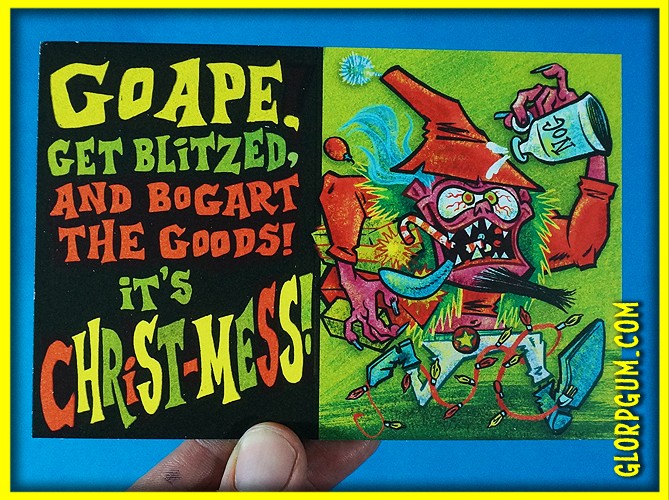 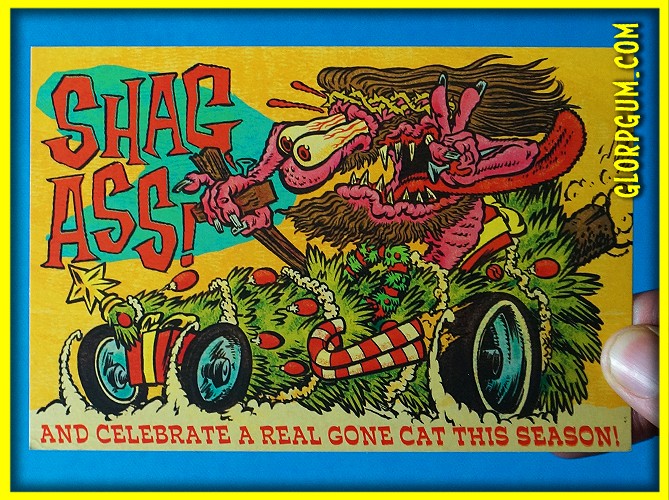 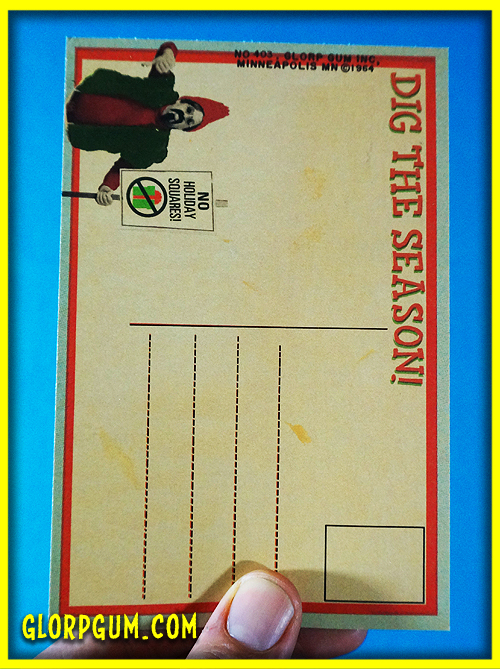 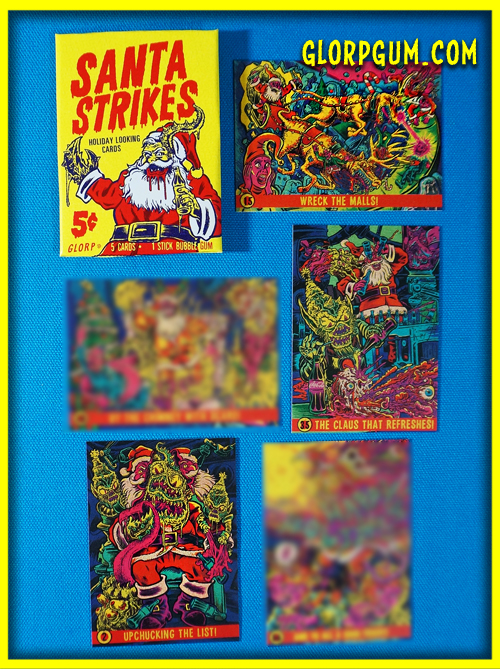 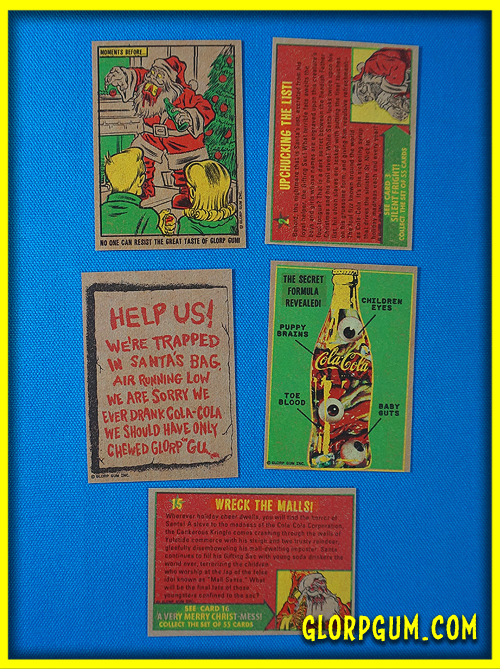 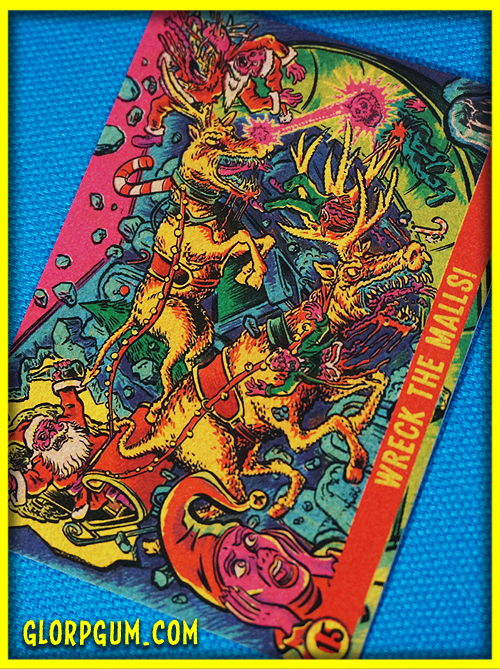 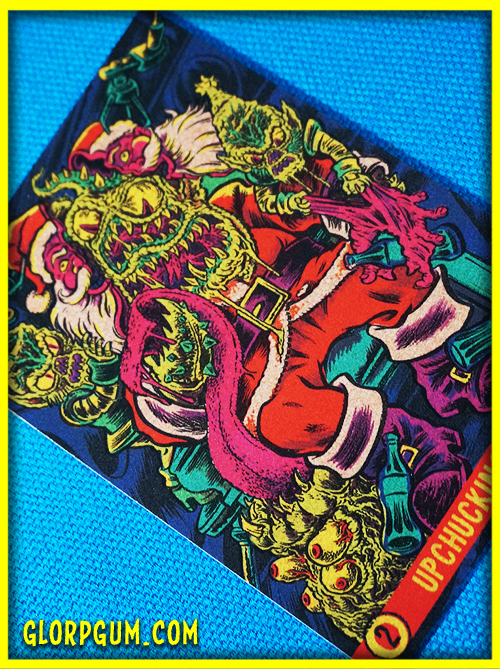 *Many thanks to expert candy consumer and unofficial Glorp Gum, Co. historian Meghann Gordon for penning this excellent history of Cool Daddy Christmas.