Here are some “boards” (as we like to call ’em) from an upcoming cartoon that is based off of my comic book Tub Flub which you can buy here. I think these turned out pretty well, and I think the cartoon will end up being much funnier than the book. What’s that? Yeah, I know the book was the funniest thing ever, and has even been praised by Top Shelf comics’ own Brett Warnock at the Top Shelf Blog But what can I do? I can’t help it if I just constantly continue to wow and amaze everyone around me. I’m me you know? 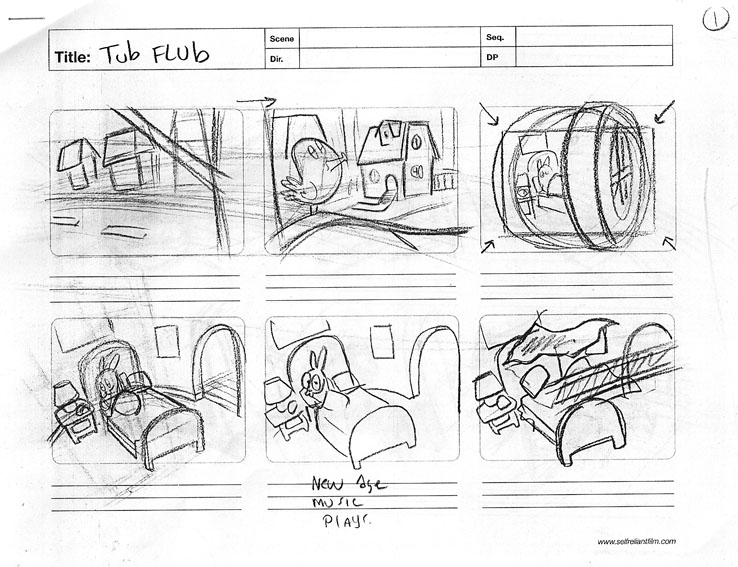 This is the first couple of shots. This is pretty much the same as the comic, but instead of Pelton being woke up by an extremely loud alarm, I thought it would be funnier to have him wake up to some softy new agey kinda of world music. It will probably have some inspirational “guru” guy talking over the music too. Why am I telling you this? I don’t know.

This scene isn’t in the comic. I felt like I needed to add quite of bit more characterization to the Cartoon version in order to get the same effect as in the comic. So I did, and I think it’s a much funnier cartoon. But if all this extra stuff was in the comic, I think it would have been a total waste of time. Like all this text I keep writing. Totally worthless.

This one is pretty interesting. I’m not sure which way I want to “do” this gag. I think the top row (we’ll call that gag 1) Is far and away much funnier. But I kind of like the second row (gag 2) because it’s a little less crazy and a little more intense. While I always think that funnier is better, I would kind of like to build up to the craziness instead of just having gags flying all over the place at random. Plus I have about 4 or 6 million eye ball gags in this cartoon so I could probably stand to lose one or two. I don’t know, I could go either way. Does anyone have any thoughts on this? Anyone? 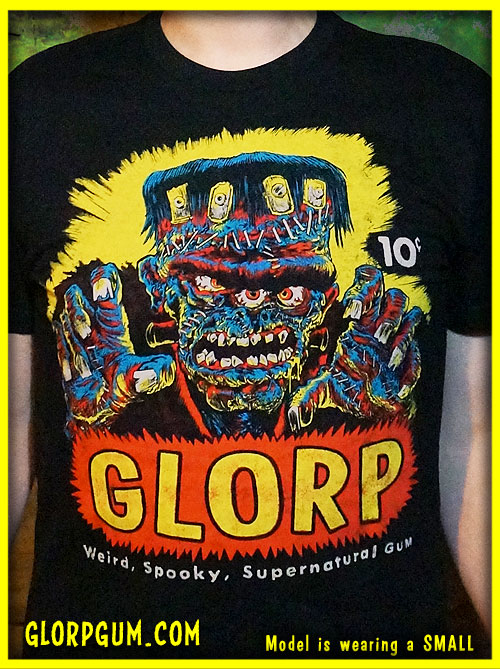