‘Sup my blogulant brothers? I’ve been trying to update my blog at least 3 times a week, but it’s just not happening. A lot of that has to do with the fact that we’re waist deep in the the new cartoon here at work, another good excuse is that my digital camera sucks. I really need to get a decent one so I can post non-vector crap up here. I swear I’ve been drawing my ass off lately folks, but you wouldn’t know that by looking at my blog would you? nope you sure wouldn’t. Speaking of crap, and vectors, here is is little of both! This is actually one long drawing that was done for a scene in the new “toon” I won’t say anything more about it, because I don’t want to ruin the joke.

Actually, I don’t think this is crap. I think you’re crap. 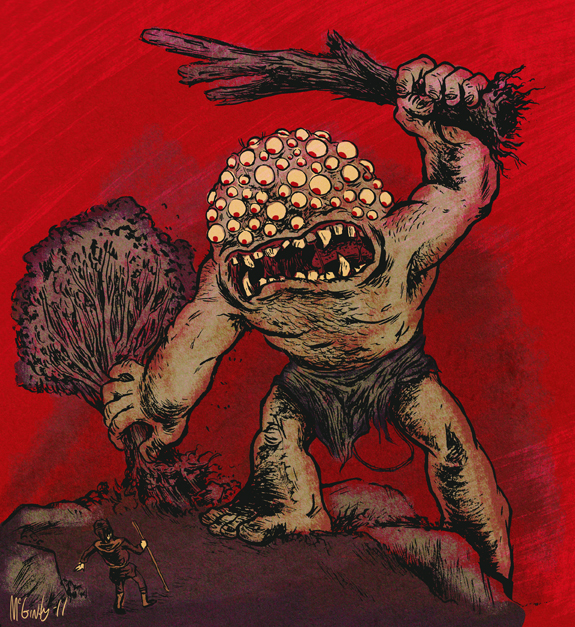