Hey! Hey! Day number two. Today I’m just posting this drawing of Dr Internet I did for our soon to be up and running video site. You’ll probably be seeing a lot more pics of props and art from the show as the weeks roll by. Stay tuned! 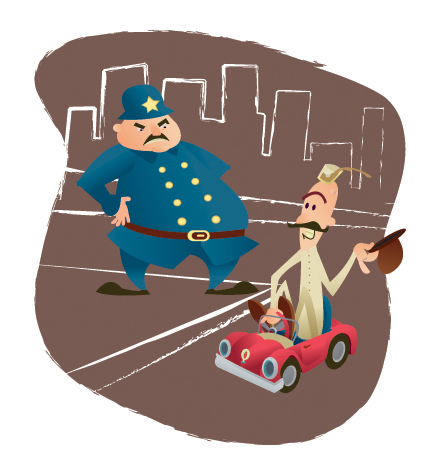 THE WORST WAY TO DRAW ON EARTH:
I should probably say that while I’m not a big fan of gradients, I do prefer them in illustrator over any way I know (so far at least) to create outlines. It might have to do with the fact that when I draw by hand, I focus so much on line quality, that this is kind of like a little vectorized vacation for me. I still find drawing on the computer a big pain in the ass. I’m using a mouse and not a wacom tablet (which I have). Maybe one day I will learn to love it or at least like it, but for now it stays in the closet. So I’ve been sketching in photoshop using a light blue (just like I would with a blue pencil in the real world) For some reason this color seems to be easiest for me to rough in. I like the idea of red, but it just looks like scribbles to me. Here is the “blue line” sketch of this drawing i did with the mouse:

Sometimes I’ll refine it with red but that is only if it gets too hairy, but even when I do, I still keep the blue lines around when I bring it in illustrator. I still prefer this to actually drawing on paper and then tracing it in illustrator, Partially because I end up liking the pencils so much more than the “watered down” vector version. But when I draw like this (with the mouse in photoshop) It gets the idea across in way I understand, but yet still looks like crap enough that It can only improve by being traced off in illustrator. Which is what I did next:

Bam! there it is. I changed the regular cop to a “Bobbie” and moved it around a little. I ended up flipping Dr Internet around for better composition and kept messing with the car too much. then I dropped in the background just as a place holder, as this will probably be animated (slightly).
So there it is, a drawing I don’t really like, and now that I’ve shown you how to make a drawing that you don’t like, you can open up all your fancy Adobe crap and spend a few hours on a drawing that would have taken you 30 minutes to complete by hand. I love vectors! 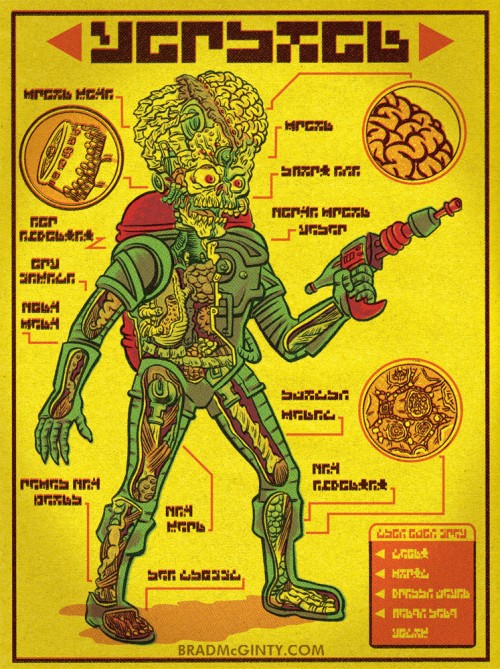